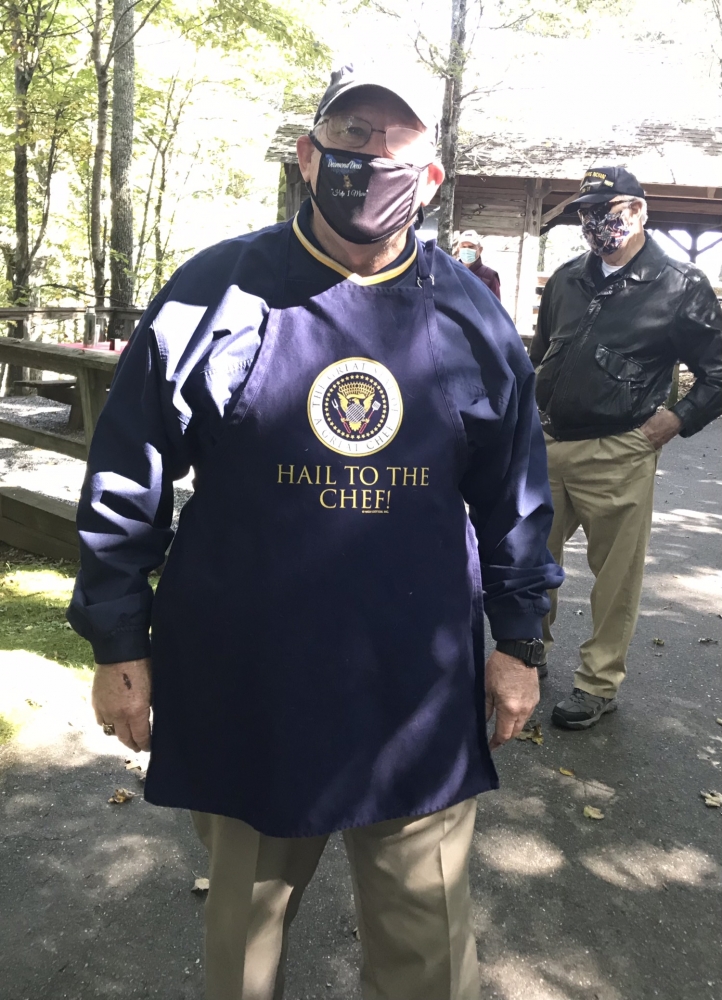 * If you weren't with us, you probably don't know that BOTM = Breakfast on the Mountain!

* Dining on the different breakfast goodies prepared over charcoal fired barbeque pits made for a lot of special, gourmet foods...nothing's better than blueberry pancakes cooked on an ourdoor grill!

* The outing was described as the 1st Annual BOTM, so stand by for a repeat performance in 2021! Until then, open the assortment of photographs, and additional images, displayed above.